There is Nothing New Under the Sun Concerning Marital Relationships

When God Is Your Commander and Chief, Then the Your Marital Victory is Certain!

In fact, even if you just skim the surface of that writing, it would be easy to recognize that as it was in Dicken’s novel, so it is in this day, on the Planet Earth.

Is Enduring Marital Bliss A Reality In This Day and Time?

As Dickens wrote about the best and the worst of times in his day, so it is in the arena of marriage, in every nation on the planet earth! If you would ask me if I had studied the good, the bad, and the ugly of marriages in this world, the answer would surely be that I had not! So how can I make such a statement regarding marriages in every nation?

Since you asked, I will start with a quote from the book of Ecclesiastes: “What has been, will be again, what has been done will be done again, there is nothing new under the sun? (Ecclesiastes 1:9)

To put that in the context of this writing, it is imperative that we understand and recognize that we live in a universe, on a planet that has most likely been in existence since time began. In fact, we have evolved on this planet from living in caves, tents, and huts, to living in very nice houses, apartments, and, in fact, there are some people that actually live on yachts!

When that is considered, you may say, “So there is something new under the sun.” Understand this, I did not say that there was nothing new on the earth in this day; however, when you consider the way that people live out their lives on this earth, you will certainly find that people are God’s creation, and they are programmed by the same original God Created Blueprints.

Now understand that they are not the same blueprints for every created being; they do, however have the same skeletal make up, they have emotions, pain, and they all have a God designed purpose to create and release during their sojourn on this earth!

Mentally and physically, they all have a brain, two arms and two legs, 10-fingers and 10-toes. They are sensitive to their own emotional make-up and they carry the deep roots of pain that they have suffered. Nevertheless, they have all been created by the same “blueprints”, that were created by a Faithful Creator-Designer, God Himself.  Yes, there are variations of the “design”, but nevertheless, each of them can be seen as God’s Created Masterpieces!

There is nothing in this world that can be seen as more challenging and sometimes difficult to manage and endure, than in the Marital union of one man and one woman!

Certainly, the dating had been fun, and both partners were attentive to the needs of the other, and they appeared to have so much in common with one another. In fact, after the first few dates, one or both of them, are certain that “THIS IS THE ONE!” And in fact, they get married and live happily ever after! Right?

I knew a man once who had just gotten married to the woman that he adored. After the honeymoon, when he was asked how everything was going in their marriage, he said-in jest, “Well as you know, first I gave her an engagement ring, then during our wedding vows we gave each other the wedding rings, so now, after the honeymoon, the only ring left is the suffering.”

Again, that was all spoken in a jovial manner, but in reality, there is truth to such situations. When the Honeymoon Is Over, it is Over! In fact, after a few weeks or months, one or both partners know in their heart and soul, that they have made the wrong choice in this relationship, and they want to get out of their commitment to their spouse!

Should that be an option? In fact, I would say that, unless there is ongoing domestic violence in the marriage, the only choice that should be considered, is the choice to pray together and to bring God into the divisive forces that are working against the marriage.

Even in marriages that seem to have been made in Heaven, there is no doubt that they too have had a rough patch in their union. When that happened, they too had a choice to throw in the towel, or to face and negotiate their differences and get on with their marriage.

Likewise, when you get into the marriage and everything seems to be falling apart, you must know that your love for your mate was and is still genuine. In fact, you must be intentional in your efforts to bring peace, love, and joy back into the home.

In other words, if it is to be, and the other partner is not making a move, then you step out and seek God for the life of your God anointed and appointed union. Then you partner with God, you pray, and you bring Him back into your marital union.

When you are able to pull up that genuine love for your partner, then you must grab hold of that love and do not let it escape you again. In fact, you must know and remember that your love for one another was genuine when you were dating, and you must be intentional in keeping it strong and powerful now that you are married.

In other words, you fight the good fight of faith, you never ever let go of the Word and you hang on to the Hand of God as long as you are this earth! In fact, You pray and you keep on praying until Heaven comes down and glory fills your marriage!

Another Wise Pastor That I Know Put It This Way: In the Midst of a Heated Discussion/Fight With Your Spouse, You Can Be Right, or You Can Be Married! Choose You This Day Which You Intend to Be! 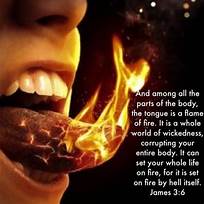