HELL’S IMPS ARE  DEFEATED BY THE ARMIES OF THE LIVING GOD!!!

Hell’s Army is Strong, But They Shall Not Prevail Against God’s Mighty Warriors!!!

Across America today Christians stand in disbelief of the current state of their once great nation. A hell-filled system has belched out threats to obliterate every trace of America’s destiny. It seeks to control the White House, Congress, Senate, the Courts, the IRS, the Media, Banking,  Educational Systems, and more. In fact, it  desires to dominate every organization that controls how America thinks, how she is governed, how she learns, how she makes and spends her money, and more importantly, where her deepest loyalties now lie.

This bestial system has worked under an utterly stealth cover in the past. Reckless and self-promoting politicians have not been taking the blame for its own destructive actions. Politicians are not blameless, but a hand bigger than theirs strives to take down America, the once Home of the Free and Home of the Brave!.

Greedy candidates filled with hunger for power and control, have found favor with this prodigious beast. Through the generosity and the financial support of the Beast, after these politicians have been elected., they will carry a seemingly powerful title, but in reality they soon find that they have no power of their own. Why? In fact it is the Beast that (seemingly) rules the nation if America.

Though the Beast and his Minions,  have convinced voters that they have a plan to bring greatness to the nation, in reality they are nothing more than puppets controlled by monsters behind the curtains of the World Stage.

The Power of the Beast

The system that stands behind these unsuspecting “government servants,” is a laser focused system intent on destroying everything associated with the Light and the Glory that contributes to the greatness of the destiny of America. This system, this beast now works in shameless and overt fashion to rob America’s citizens of their liberty, autonomy, wealth, and above all, their Christian roots.

Perception tells us that this beast does not possess inherent power and control. It is empowered by an unrelenting evil force  that carries one singular, sinister obsession. That obsession echoes through the ages. It echoes in Genesis, Esther, the Gospels, and Acts. The beast stopped at nothing to destroy God’s people in Nazi Germany. Why? Because His obsession has always been that, “I Will be like the Most-High!”

If you do not grasp that last thought, then let me state it more clearly. You see, this Earth has seen many battles and many wars; in fact some are internal within a household, a small business, or other workplace entities.

There are also those battles that are fought on a larger scale; in fact some of these wars have have been World Wars, that easily covered and impacted the entire globe. Some wars have broken out because Nations have stood against other Nations. There have also been World Wars on the planet, and there are wars where Nation has stood up against Nation, throughout the entirety of the globe.

Tolerance In American Has Empowered the Beast

Through America’s tolerance of the wicked and diabolical beast, she has embraced darkness and empowered the contemptible beast. Tolerance demands that we honor religions and lifestyles that oppose Biblical standards lying helplessly,  at the foundation of the destiny of the goodness of our home, America’s. Don’t rock the boat or oppose another one’s beliefs. “Tolerance” is a doctrine from the pit of hell. In fact, if we tolerate everything that the devil and his warriors have tolerated, then it stands to reason that ultimately, we will stand for nothing.

The above noted types of wars are very small when compared to the invisible war that has been fought throughout this planet, from the early days of Creation. Paradise on earth was lost when Eve succumbed to the devil’s temptation, and Adam was complicit in the act. Why is that so? It is because the initiation of that war created a circumstance that created a war between Heaven and Hell and God and Satan.

Since the fall of mankind, humanity has become engaged in an ongoing war, not only for the soul and ownership of the Earth, but for the eternal soul of every God created human being on the planet, as well as the planet itself.

Embracing tolerance and our so called right to co-exist on the planet, have allowed the enormous and all consuming beast to lord itself over America with brute audacity. It has systematically weakened our nation and greatly diminished the strength and potency of our government, our military force, and the value of the American dollar. In the name of tolerance adultery, the homosexual lifestyle, and abortion go unchallenged. In fact anything goes, with the exception of the Christian Faith, along with the freedom and liberty it brings.

We, God’s Own Created Beings, Are Responsible for the Actions of Hell On Earth

As darkness increases, the hope for national recovery diminishes. Our silence has given hell free reign in our country. In fact, the lost/nominal Christian often God has turned his back on America. In fact we have tied His hands by ignoring His righteous standards.

We’ve prayed for mercy without consideration that God opposes the proud. As we have been living under the umbrella of injustice, it has released the curses of Deuteronomy 28:15-68, into our land.

In short America faces destruction because she has opposed God’s righteous standards. America is in bed with the beast and she has committed every sin of that Sodom and Gomorrah has indulged. God has kept His promise and visited our sins with His justice. Now, it is certainly for us to step up and be the church!!!

The Christian Response to the Beast Has Been Weak

Christians may argue that they have played no part in the wickedness in our land. Before that argument continues, consider this, Jesus died for our eternal salvation. We are empowered by His Holy Spirit. We are fortified with His mighty Word. He commands us not to be overcome by evil but to overcome evil with good.

In fact, we must realize that God never commands us to do anything that we cannot accomplish. Thus, through His resurrection power, we are certainly able and  commissioned to overcome evil with the goodness that He has imparted into our lives. When we as a nation favored the righteous standards of Almighty God, America’s destiny was assured. Today that destiny is gravely threatened.

While Christ has fully armed us against death, hell, and darkness, if we ignore his benevolence we will cower before this beast and argue that it is too strong and too well fortified. Hell’s strongholds have kept us far too long, from believing in God’s grace to overcome every power that would dare to oppose us. In the face of a raging, growing enemy, too many warriors that have been enlisted in God’s army, have yawned, rolled over, and fallen asleep.

We Must Take Back America’s Heritage

Where is the Zeal of David today? When Goliath paralyzed Israel’s army, David did not flinch. He boldly demanded, “Who is this uncircumcised Philistine that threatens the Armies of the Living God?” We face the same threat today.

If he remains unchallenged,  this giant will obliterate our homes, our nation, and everything else that we hold dear, from the face of the Earth. We cannot be silent. The day may come when evil prevails, and in a demonic fashion, deep darkness will surely cover the earth. That day is not this day! We must oppose this ruthless, unrelenting beast today before it annihilates everything that we love and cherish.

2 Chronicles 7:14 commands us to humble ourselves, pray and seek God’s face for destinies to be restored. If we do, He will surely hear our prayers, and respond! As we sincerely turn from our wicked ways, we will find deliverance. We must pray as Daniel did, “Lord, listen! Lord, forgive! Lord, Hear and Act! For your sake, my God, do not delay, because your city and your people bear your Name.”

The same God that honored David’s zeal and Daniel’s desperation, now awaits the desperation of our prayers. That God will hear from Heaven and heal our land. He alone can restore and fortify the foundations that once made our Nation Great. It is vital that we listen, hear, and respond to the Guidance of the God of Heaven and Hearth!

If America’s destiny fails, the Gospel light will greatly dim throughout the World and millions will plunge into eternal destruction. In fact, I believe that if we fail to share the light and the glory of God’s goodness, and the hope and the power of His word to this lost and dying world, then the blood of the loss of those souls will be on the hands of Christ’s Chosen Saints.

We are surely better than that. We, His Warriors who have been trained by Him and Are Well Able to Take Down The Enemies of the Most High God!

By the Grace of God We Will Surly Prevail Over Both Hell and the Darkness that it Brings!!! 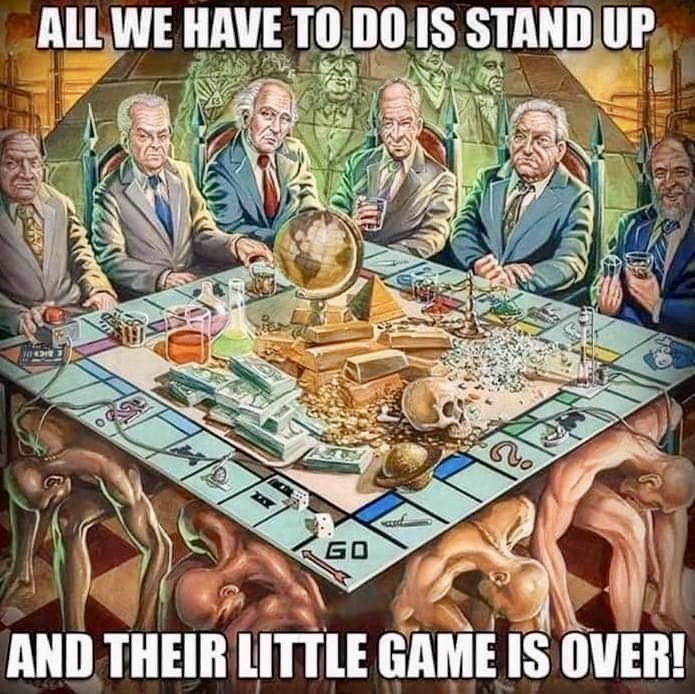